Ordering the TOC of a short story collection is as much an art as creating the perfect mix tape. A well-crafted opener not only immerses the reader in 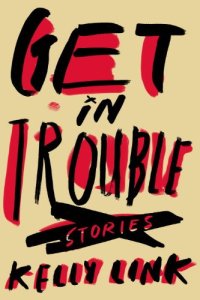 its singular world and characters, but sets the tone for the remainder of the book and (please forgive the MFA speak) instructs the reader how to manage the text.

One of the finest examples I’ve read is “The Summer People,” which opens this new collection from the brilliant Kelly Link.

In this darkly beautiful fable a troubled teenager, Fran, is abandoned by her derelict, single father. Despite having the flu, Fran is tasked with caring for “The Summer People” on her own. Let’s just say that these are not the usual demanding bnb folks, and their manner of expressing their displeasure is far more sinister than writing a negative review on TripAdvisor.

What makes Fran so compelling is the way she calmly navigates between the grim earthly realm and the fantastical one that is equally familiar to her. Like many teenagers, she is suffocated by her small-town bubble and difficult home life, yet also has the mental elasticity to take the magical in stride.

In short, she is overwhelmed by her father’s alcoholism and religious fugues, yet unfazed by houseguests from the spiritual realm.

And so it goes through all the tales in Get in Trouble. All is possible and plausible in Link’s slipstream world, in which awkward teenagers are thrown to the wolves. These stories are reminiscent of Ray Bradbury, not necessarily in style, but in tone. It’s a celebration of youth, imagination and nostalgia for an age when anything was possible.

“The Summer People” reminds me why I love short stories in the first place.

Next up is “I Can See Right Through You,” a weird and hilarious romp through fame, celebrity and heartbreak. Two past-their-prime actors, who were formerly on- and off-screen lovers, have descended to the depths of shameless quasi-fame: she a television “ghost hunter” and he the star of a leaked sex tape. They cross paths at a “haunted” nudist camp (which sounds like Heart of Darkness reimagined by Chuck Palahniuk), and despite the bizarre premise, the ending is absolutely beautiful.

As are all the stories in this collection, a world of lonely, precocious youth and unlikely superheroes (and the occasional dentist) that blurs the magical with the mundane.

Link is an author who has long teetered on the brink of superstardom, cultivating a diehard following with her first three story collections. Get in Trouble, her fourth offering, should bring her the widespread literary acclaim she deserves.