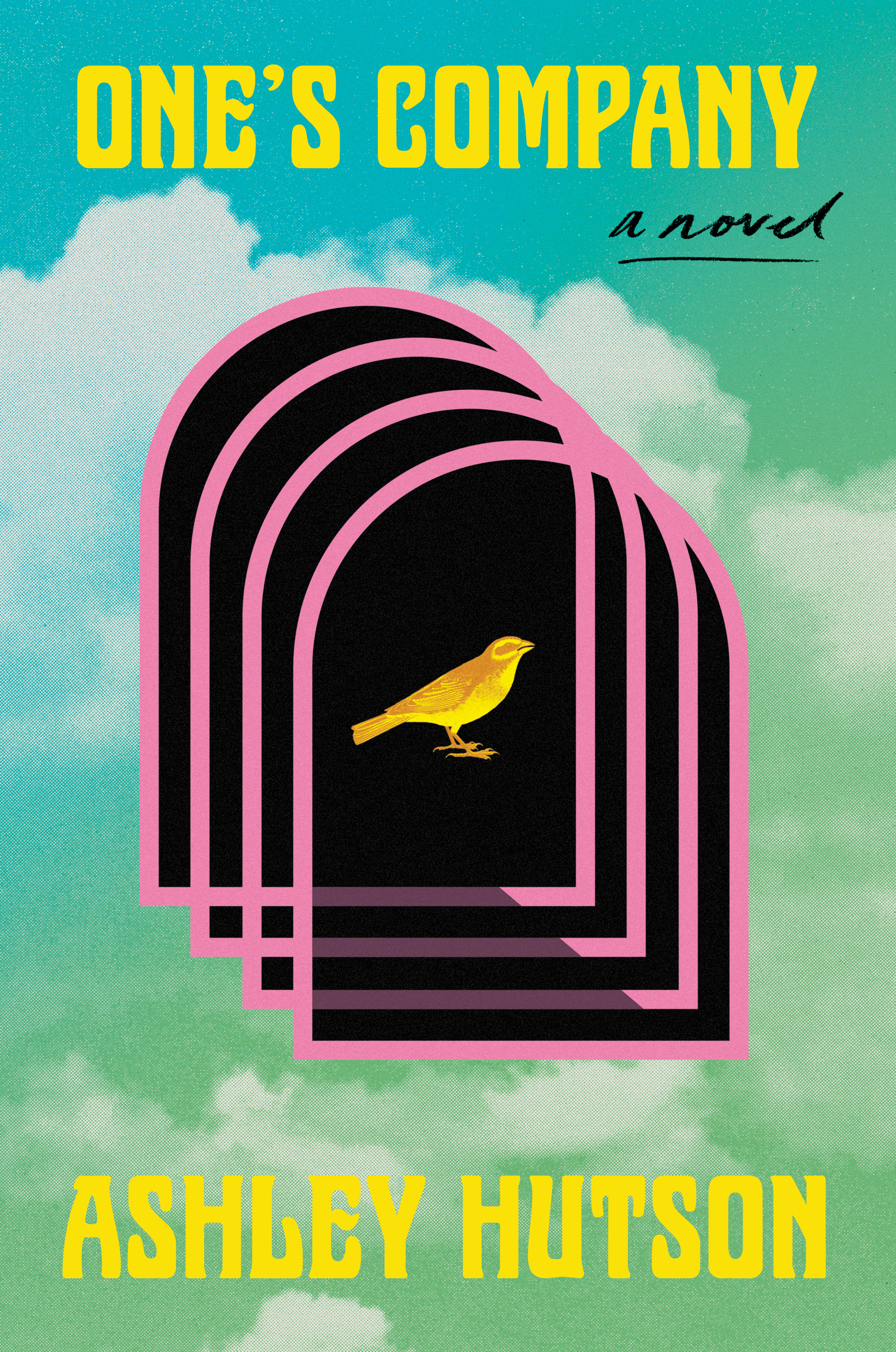 Reading Ashley Hutson’s debut novel, One’s Company, I was reminded of a quote from Arthur Schopenhauer: “A man can be himself only so long as he is alone; and if he does not love solitude, he will not love freedom; for it is only when he is alone that he is really free.”

The same goes for Bonnie Lincoln, a twenty-first century Schopenhauer of sorts and the narrator of One’s Company, whose only ask of the world is to leave her be.

I can relate — a lot, actually.

I share Bonnie’s brutally honest view of humanity and her desire to simply be left alone. Also like Bonnie, I grew up in a trailer and my favorite show as a kid was Three’s Company. On a nightly basis, we would eat dinner on TV trays while watching reruns of Jack and Janet, et al.

While for me that is a happy memory, for Bonnie, there is a much darker connection. The show is where she goes to escape from a life of pain. Both of her parents die young and the family that takes her in is murdered during a robbery — in which Bonnie is also assaulted and left for dead.

While in recovery, she watches Three’s Company from start to finish, over and over, and it helps her manage the trauma.

When she wins a hefty jackpot in the lottery, she plans her escape from the “small insults of being alive.” She buys a remote patch of land and — with the discriminating eye of a museum curator — hires a team of contractors and designers to reconstruct the Three’s Company sets as real buildings for her to live in. They recreate Janet’s flower shop, the Regal Beagle, the Roper’s utilitarian flat and  Ralph Furley’s swingin’ bachelor pad.

Most importantly, they build a replica of apartment 201, where the main characters lived and where Bonnie intends to spend the rest of her days living through each season, portraying each of the characters in turn, and adapting her hair and fashion as the role demands.

She goes so far as to set up a labyrinthine network of attorneys, investors and delivery services so that she can never encounter another human being again. All is going well until an epic storm and an unsuspecting trespasser destroy her solitude.

Initially, I found an analog between Hutson’s tale and J.G. Ballard, who often used synthetic, sequestered environments to critique modern society and its attempts to conquer the natural world — particularly through its garish, mid-century architecture.

But the deeper I got into the story, I realized that Hutson took the idea of the manufactured world and inverted it to some degree. Rather than living in a synthetic environment of someone else’s making, Bonnie is in one of her own. With Ballard, the breakdown of society causes the disaster. For Bonnie, the disaster is when society inevitably encroaches on her private world.

“I should have known. Escape would not be allowed. There is no escape from other humans, from being human.”

And then things really get weird. This is when you realize that while you thought you were wading in shallow water, Hutson has slowly been guiding you into the deep end and is now holding your head underwater.

I really enjoyed Bonnie’s nihilistic humor. She maintains her comedic tone even as the story gets darker and darker. The book hits its stride when it becomes something of a philosophical argument for solitude and raises questions such as, does an individual have an inherent right to solitude? Why does an individual have to engage with society against their will? And who decided that human interaction was so great anyway?

This is dark comedy done well — and the perfect book for the misanthrope in your life.