A timeless trope of horror media is the mental institution, be it Halloween’s Smith’s Grove, Alice Cooper’s From the Inside, Dr. Seward’s sanitarium in Dracula or any of a thousand basic cable ghost-hunting shows. And it’s not difficult to understand why.

There isn’t any part of a mental institution that can’t be manipulated to induce terror. Of 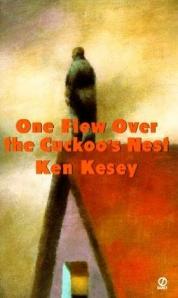 course, there is the fear of the inmates, but also the fear of the doctors or the administration (see One Flew Over the Cuckoo’s Nest). And a rundown asylum serves as an excellent backdrop in any creative work.

But my diagnosis is that the greatest fear we have of institutions is something more primal. It’s not the fear of the inmates or the caretakers or the troubled spirits that haunt the Rubber Room. It’s much simpler than that. It’s the fear of confinement, the horror of institutionalization.

That’s probably not much of a newsflash. Shocker: most people are afraid of being locked up in a tiny cell and treated like they’re criminally insane! But I think what I’m getting at is the universality of mental illness and its close relationship with horror. I bet that more people are afraid of losing control of their faculties than are afraid of death.

I would also guess that a fair number of horror writers and readers can credit their love of the genre to their own struggles with inner demons. (For a great social history of institutionalization, read Foucault’s Madness and Civilization.)

Prior to becoming a journalist, I worked for seven years at an inpatient detox facility in Boulder, Colorado. My experiences there were ineffable, and from the time I started as an addictions counselor to the present, I have tried to write about events there through both fiction and nonfiction.

Every attempt has been a false start.

Turns out, it’s a tough world to describe without becoming sensationalistic, sappy or overly scientific.

However, there are two writers who capture the horror of institutionalization in a magnificent way: Russian heavyweights Anton Chekhov and Fyodor Dostoyevsky.

Let’s start with Chekhov’s novella, Ward No. 6, which draws us into this world almost as

if the reader were an incoming patient. The first four chapters provide an overview of the institution and introduce its inhabitants. We meet the main character, Dr. Andrey Yefimitch, in chapter five, and here, we gain fresh perspective. We switch from patient to doctor as he becomes our lens through which we view the mentally ill, most strikingly through his interactions with Ivan Dmitritch. Yefimitch evolves through their awkward meetings. We feel his internal struggle with life both inside and outside the ward, and watch him blur the ever-permeable line between the diagnostician and the diagnosed.

It’s not surprising. In the high-stress environment of an institution, it is inevitable that one becomes part of the environment. As Yefimitch says, “‘I am not ill at all, it’s simply that I have got into an enchanted circle which there is no getting out of.’”

This gets at what I believe lies beneath the surface of every creative work featuring an
institution, be it a mental hospital, a prison, a nursing home. We’re not afraid of the inhabitants. We’re afraid of joining them.

On par with Ward No. 6 is Dostoyevsky’s The House of the Dead, which is based on the author’s four years incarcerated in a Siberian work camp. Here, Dostoyevsky gives us one of his darkest and most direct novels.

institution, but with the setting around it. We get an idyllic description of Siberia, which is hardly what one would expect with a Russian prison narrative. And like Chekhov, Dostoyevsky provides us with a guide: Alexandr Petrovitch Goryanchikov.

We meet the city on page one, the protagonist on page two, and through the latter we enter the prison itself.

Another daring decision Dostoyevsky makes concerns the narration. Despite being told through the lens of an inmate, the narrator is not telling his own story. Instead, the novel consists of pages retrieved from Alexandr Petrovitch’s notes, as discovered by the narrator and offered along with his comments and perceptions.

There are two advantages to this that I see. The first is that the distance allows for dispassion. By serving as a filter between us and Alexandr Petrovitch, the narrator avoids sentimentality and sensationalism. The second is that by using the found manuscript, we still have the thrill of suspense. If the narrator were telling his own story, we’d at least know that he is alive at the time of the telling. But with a found manuscript, we’re wondering throughout what may or may not happen to its author.

The manuscript also gives us a segmented view of Petrovitch’s life in prison rather than his entire incarceration story. While there is a linear flow to the book (beginning with Petrovitch’s entrance to prison and concluding with his release), the arranging of the book by themes allows Dostoyevsky more freedom when fictionalizing his incredible experiences.

Both books weigh heavy on the reader, but this does not, I believe, imply despair. At

once dreary and hopeful, the texts blur the line between inside and out, and cause the reader to reconsider preconceived notions of institutions. In Ward No. 6, we see the institution as a reflected image, as those on the outside find themselves drawn inward. In The House of the Dead, we get a first-hand account of the lives of the incarcerated. Though describing the outcast, Dostoyevsky startles the reader with a milieu that’s surprisingly familiar.

It leaves one rethinking the nature of institutions and builds on our fear of captivity. What role would we assume in a Dostoyevskian drama? Are we the doctor? The visitor? The inmate?

Sure, the traditional horror memes are nice, but true terror oozes from the pages of Ward No. 6 and The House of the Dead. These are heavier reads, and you might not finish them by Halloween. But for my money, there aren’t many settings more frightening than a 19th century Siberian prison.