If you’re like me, autumn is a state of mind rather than a season. The world is rich with 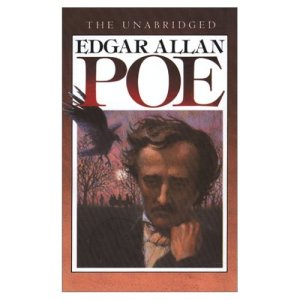 color and wonder, at once thrilling and reflective. It’s a reminder that, yes, everything dies, but that, like the turning leaves, we are most beautiful at the last.

And if you’re like me, Halloween is not a day to dress up as somebody else, but rather the one day a year that the rest of the world sees things your way.

With that in mind, starting today, Ensuing Chapters and Transgress digital magazine are teaming up to make this autumn even better. To supplement your Halloween horrors, each day, from Oct. 1 through Samhain, we’ll be posting reviews and discussions of some of the most frightening books ever printed.

Think of it as a literary advent calendar for All Hallows’ Eve!

Some of these will be short stories, some novels, and whenever possible, we’ll include a link for readers to access works that are available online.

To be clear, we’re talking about terrifying reads. This does not necessarily mean horror, though expect plenty of the genre to make the list. There will be short scares, epic thrillers, transgressive mysteries, literary horrors and more than a few classics. The common thread is that they will all be unsettling in some way.

It’s also worth noting that this is not a “best of” or any attempt at a definitive list. This is simply a collection of a few dozen literary works that have kept me up at night. There are plenty of books out there that I haven’t read yet. Please, offer suggestions of titles I’ve missed. I’m always looking for more good reads for myself… and for next year’s list.

actually specify a particular book of his, as there are hundreds of collections of his work, themed and otherwise, sometimes complete, sometimes not. You really can’t go wrong with any of them, and for our purposes, we’re going to use my personal favorite, a leather-bound, early-’90s edition, The Complete Tales and Poems of Edgar Allan Poe.

It’s just not autumn without a dirge or two from Poe. This anthology gives you plenty to choose from—the ghoulish, the grotesque and those gloomy Gothic tales that warm the soul. Of course, his classics are all here, such as my favorite, “The Masque of the Red Death” (which terrified me as a child and chills me as an adult with its social commentary). There’s “Hop-Frog,” the ultimate revenge tale, and the haunting decay of “The Fall of the House of Usher.”

And Poe reminds us that love is eternal in one of his lesser-known and most demented pieces, “Berenice,” which revels in both the endearment and dangers of amateur dentistry.

Poe’s works are in the public domain, and you can download all of them for your e-reader at Project Gutenberg. Stories can also be read online through the Edgar Allan Poe Society of Baltimore, including the following recommended texts:

“The Fall of the House of Usher”

“The Masque of the Red Death”